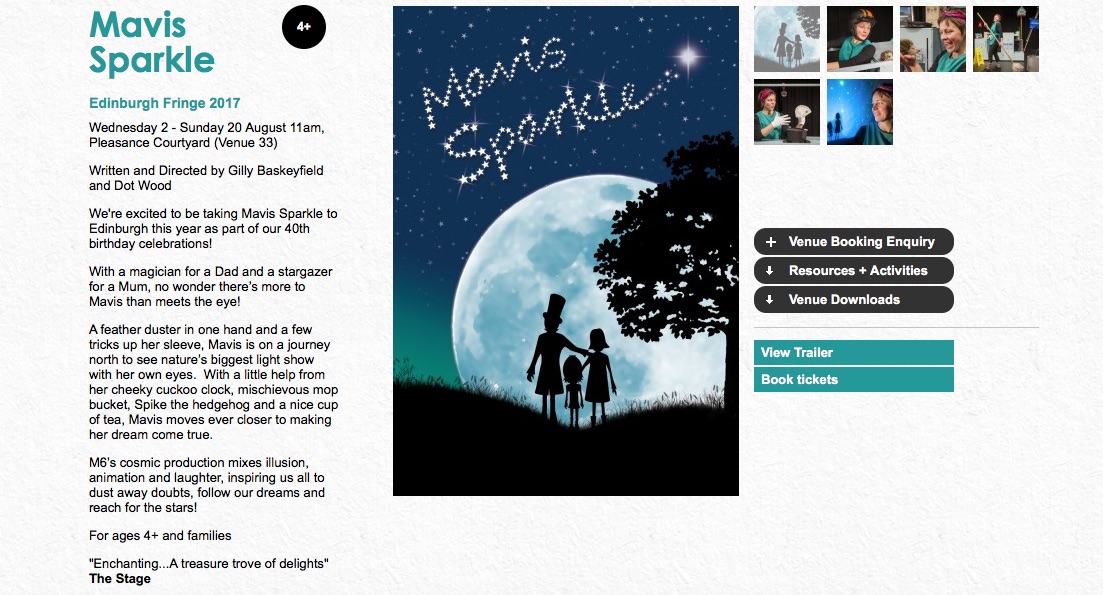 The summer months have been slightly quieter here at Trilby Cat Theatre but there has been lots going on behind the scenes. I examined on the GCSE Drama paper this year and was heartened to read so many great responses to Drama and Theatre from young people that have been involved in performing and seeing theatre all across the country. August also sees the Edinburgh Fringe Festival with many great shows for young people. One worth mentioning is Mavis Sparkle by M6 Theatre Company. The show is an enchantingly inventive, magic box of a production about dreaming big, whoever you are.

Mavis Sparkle is a cleaner. She loves her job but her contract is almost up. She’s looking for her next challenge. But what—and where—will it be? The script is a beautiful exploration of big themes for young children. It covers moving on and letting go, as Mavis tells us about her childhood growing up as a magician’s daughter. She dusts children in the audience or fondly recalls (and re-enacts) her dad’s magic shows through a mix of miniature props and shadow puppetry.

Mavis’s cleaning trolley acts as a wonderful manifestation of the show’s message: that even the most seemingly ordinary lives can be full of adventure and magic. Exactly what we think here at Trilby Cat Theatre!

Later this month, we will be taking our own children to see the wonderful musical Matilda in the West End. I can honestly say I don’t know who is more excited about this trip. Us or the kids? 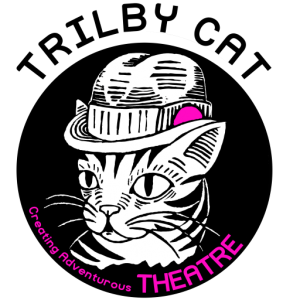