Growing up around Tyneside, my interest in Drama and Theatre started early. As a child, I would organise productions at home with family and friends. This progressed to staging a production in the community aged 11 by persuading the Matron of a local nursing home to allow me to produce and perform in a play for the residents.

A very special teacher at my middle school inspired and encouraged my interest in drama and involved me in a number of drama projects outside of school.

My love of theatre has never left me and after studying locally, I secured a place at the prestigious Royal Central School of Speech and Drama in London gaining a BA (Hons) in Drama and Education. I also started my first teaching job there on the Saturday Youth Theatre.

I have worked as a professional actress on TV (BBC Byker Grove) and in professional theatre as well as teaching formally in schools following a PGCE. I also gained experience of primary school teaching when I was engaged as a specialist drama teacher.

I also taught Drama and English in a range of secondary schools, including teaching Service Children for The Ministry of Defence in Cyprus. I was course leader for A Level Drama & Theatre Studies in York and am currently an Examiner for GCSE Drama. Notable work includes producing the North-East region of Connections for The National Theatre, regular facilitation of workshops for adults, corporate role play for HMRC, vocal coaching and LAMDA tuition. I maintain links with national and international arts organisations and have worked in Ghana, Cyprus and the UK.

I also have an MA in Applied Theatre from The Royal Central School of Speech and Drama. 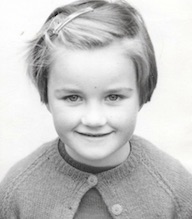 Sue holds a 1st Class Honours Degree in Drama from Northumbria University, where she specialised in Reminiscence Theatre. After graduating she co-founded 4th Wave Theatre Company.

Sue has worked extensively for many years as a professional actress, producer, voice-over artist, role-player, drama teacher and live interpreter within the museum services. She currently runs a role-play organisation in Newcastle upon Tyne. Sue joins the board examining efficiency and offering suggestions on how to better fulfil the aims of the organisation.

Sue brings a supportive, intelligent, passionate and independent outlook and she is often the person who nurtures and provides wisdom behind the scenes as well as bringing fresh ideas to the table. All of Sue’s qualities mean real added value for Trilby Cat Theatre and we are delighted to gain by her expertise.